Online registration for this event is closed.
Details 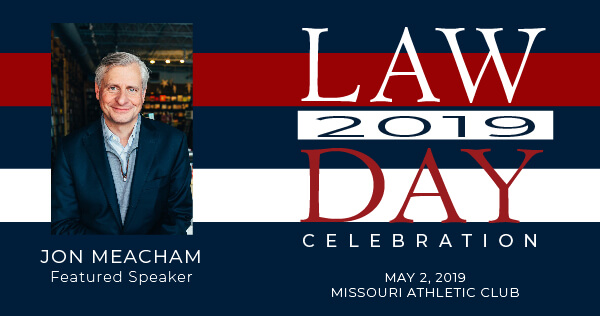 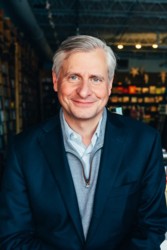 A member of the Council on Foreign Relations and of the Society of American Historians, Meacham is a distinguished visiting professor at Vanderbilt University. He is a contributing writer to The New York Times Book Review, a contributing editor of Time, and has written for The New York Times op-ed page, The Washington Post, Vanity Fair, and Garden & Gun. Meacham is also a regular guest on “Morning Joe” and other broadcasts.

A former executive editor at Random House, he published the letters of Arthur Schlesinger, Jr., and books by, among others, Al Gore, John Danforth, Clara Bingham, Mary Soames, and Charles Peters. After serving as Managing Editor of Newsweek for eight years, Meacham was the Editor of the magazine from 2006 to 2010. He is a former editor of The Washington Monthlyand began his career at The Chattanooga Times.

A trustee of the Thomas Jefferson Foundation, the Smithsonian’s National Museum of American History, The McCallie School, and The Harpeth Hall School, Meacham chairs the National Advisory Council of the John C. Danforth Center on Religion and Politics at Washington University. He has served on the vestries of St. Thomas Church Fifth Avenue and of Trinity Church Wall Street as well as the Board of Regents of The University of the South. The Anti-Defamation League awarded Meacham its Hubert H. Humphrey First Amendment Prize. In 2013 the Historical Society of Pennsylvania presented him with its Founder’s Award; in 2016 he was honored with the Sandra Day O’Connor Institute’s Spirit of Democracy Award. Meacham also received an honorary Doctor of Humane Letters degree from the Berkeley Divinity School at Yale University in 2005 and holds honorary doctorates from Middlebury College, Wake Forest University, the University of Tennessee, Dickinson College, Sewanee, and several other institutions.

He lives in Nashville with his wife and children.

Thank you to our sponsors

It is BAMSL's policy to collect payment for events, meetings, and seminars prior to admittance to the event. If payment is not made during registration for the event then you will be required to pay upon check-in at the event. BAMSL may collect an administrative fee for registration cancellations or transfers made within seven (7) days of an event: $10 for one-hour CLE seminars, $25 for half-day CLE seminars and ticketed social and membership events, and $50 for full-day CLE seminars and conferences. Due to the cost of catering, no refunds will be given for pre-ordered meals unless BAMSL received the cancellation request at least seven (7) days prior to the event. All registration change, cancellation, and refund requests should be made in writing.


Online registration for this event is closed.
Questions?

Court notices and orders, updates from BAMSL, resources and information from government officials, and tips for coping with COVID‑19.
https://www.bamsl.org/covid19