Online registration for this event is closed.
Details

CO-SPONSORED BY THE BAMSL LGBTQ+ COMMITTEE

Although when formed in 1874 the Bar of Association of Metropolitan St. Louis (BAMSL) barred African American Attorneys from obtaining membership,  BAMSL acknowledges that once this discriminatory practice was eliminated it has enjoyed the benefit of countless African American and other racially deemed minority members.  These diverse members have made tremendous contributions to the legal profession and the global community. To that end BAMSL began officially preserving the history of diverse Attorneys and Judges who were pioneering “famous firsts” and paved the way for countless others to achieve success in the Missouri Legal Community.  The contributions of these diverse firsts were recognized by placing their photos on the Legal Pioneer Wall of Fame as an eternal reminder of their contributions. It is our duty and privilege to continue recognizing Minority Legal Pioneers who have been historically discriminated against and whose accomplishments have served as hope and inspiration for future generations.

The BAMSL Minorities in the Legal Profession Section is proud to host a virtual awards ceremony in honor of Hon. Kathy A. Surratt-States, Chief Judge of the U.S. Bankruptcy Court, Eastern District of Missouri, and Hon. Lawrence E. Mooney, JAMS, retired from the Missouri Court of Appeals, Eastern District of Missouri, as we induct them into the Gallery of Pioneers Wall of Fame for their accomplishments. 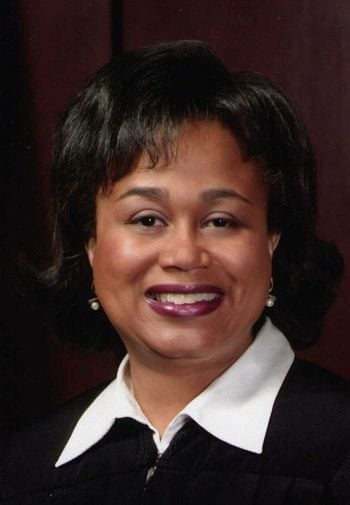 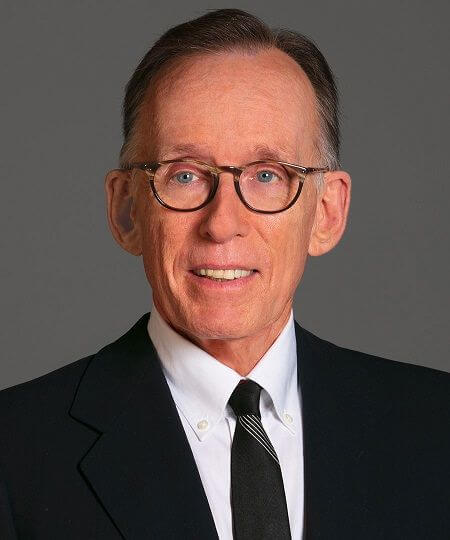 Kathy A. Surratt-States was sworn in as United States Bankruptcy Judge for the Eastern District of Missouri on March 17, 2003. She is the first African-American appointed to the bankruptcy bench in the Eighth Circuit. She was appointed Chief Judge on February 1, 2013. Judge Surratt-States was born and raised in Tulsa, Oklahoma, where her parents instilled in her the importance of education and service to the community. She received her B.A., cum laude, from Oklahoma City University in 1988. She received her J.D. from Washington University School of Law in St. Louis in 1991. She was named one of Missouri’s “Up and Coming Lawyers” as a “Rising Star at the Bankruptcy Bar” by Missouri Lawyers Weekly in 1999. Later, she received the 2007 Washington University School of Law Distinguished Young Alumni
Award.

Judge Surratt-States’ legal career focused on bankruptcy law from the beginning. After graduating from law school, she served as law clerk to now retired United States Bankruptcy Judge James J. Barta. In 1993, she became an associate at Campbell & Coyne, P.C. where her work focused on bankruptcy, commercial litigation and foreclosures. She moved to Ziercher & Hocker, P.C. in 1998, where she became partner. This firm later merged with Husch Blackwell, where she practiced as a partner in the insolvency practice group until her appointment to the Bankruptcy Court.

In 1997, she was appointed as one of nine members of the Panel of Bankruptcy Trustee for the Eastern District of Missouri. In 1999, she served as the Chapter 7 Trustee for Family Company of America, then the third largest grocery store chain in St. Louis. In 2001, she was appointed by then Governor Bob Holden as one of four Commissioners for the St. Louis City Board of Election Commissioners. She held both positions until her appointment to the bench. Judge Surratt-States serves on the board of directors for several charitable organizations including Catholic Charities of St. Louis, whose mission is to serve people in need and work to improve social conditions for all people in the community and Gifted Resource Council, whose mission is to provide educational opportunities for gifted and talented young people ages 3 – 14. She is also a member of Altrusa International, Inc. of St. Louis, an international association of professionals dedicated to serving their community, where she previously served as President. She was formerly a member of the board for Good Shepherd Children & Family Services, where she served as President. Judge Surratt-States also participated in Washington University’s Mentoring Program for law students and supervises several interns from various law schools in her chambers.

In 2014, Judge Surratt-States was honored with a Women’s Justice Award as a public official whose service improves the quality of justice by Missouri Lawyers Media. Judge Surratt-States is married to Clifford States who is a Lieutenant with the St. Louis City Metropolitan Police Department and they have one daughter.

Hon. Lawrence E. Mooney (Ret.) joined JAMS in St. Louis following over 21 years of distinguished service as a judge on the Missouri Court of Appeals, Eastern District, including a term as chief judge.

From 2015 to his retirement, Judge Mooney served as his court’s settlement judge, screening all civil matters filed with the court in an effort to find opportunities for settlement prior to adjudication. Judge Mooney won consistent praise from both the court and litigants for his ability to identify alternatives to litigation and to work with parties to settle dozens of matters set for appeal.

Believing that it is never too late for settlement, Judge Mooney excels at helping even firmly entrenched parties find fresh avenues for agreement.

Jason Sengheiser is a judge of the 22nd Judicial Circuit Court in Missouri. He was appointed by Gov. Eric Greitens (R) on September 7, 2017, to fill the vacancy created by the retirement of Judge Julian L. Bush.

At the time of his appointment as a circuit court judge, Sengheiser was an associate judge for the 22nd Circuit. He was appointed to that position by Gov. Jay Nixon (D) on January 26, 2016, to fill the vacancy created by the elevation of Associate Judge Michael W. Noble to judge.

Sengheiser earned a bachelor's degree and a J.D. from Saint Louis University and an LL.M. in international and comparative law from Columbia University in New York.

Sengheiser's professional experience includes work as an adjunct professor for Fontbonne University and a law clerk for Missouri Court of Appeals Judges Robert Dowd and Gary Gaertner Jr. He has also served as a board member with the Missouri Bar, the Young Friend of Legal Services of Eastern Missouri, Paraquad, and the Saint Louis University Prison Program.

Credit
This program has been approved for credit in the following jurisdiction(s):

Credit has been approved with the Missouri Bar, MCLE Department for 1.10 Cultural Competency, Diversity, Inclusion, and Implicit Bias credits.


It is BAMSL's policy to collect payment for events, meetings, and seminars prior to admittance to the event. If payment is not made during registration for the event then you will be required to pay upon check-in at the event. BAMSL may collect an administrative fee for registration cancellations or transfers made within seven (7) days of an event: $10 for one-hour CLE seminars, $25 for half-day CLE seminars and ticketed social and membership events, and $50 for full-day CLE seminars and conferences. Due to the cost of catering, no refunds will be given for pre-ordered meals unless BAMSL received the cancellation request at least seven (7) days prior to the event. All registration change, cancellation, and refund requests should be made in writing.


Online registration for this event is closed.
Questions?
Rebecca Hedrick

The Bar Association of Metropolitan St. Louis ("BAMSL") hosts a variety of events and activities ("Event" or "Events") for member and non-member attendance and participation. By attending an Event all participants hereby affirm, acknowledge, and agree to the following: