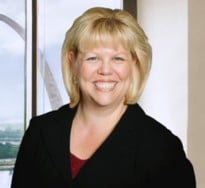 I am a Partner at HeplerBroom, LLC. I graduated from St. Louis University School of Law in 2003. I have been a member of BAMSL for over 15 years, joining as a law student. I am currently serving on the Board of Governors as a Member-at-Large, and have since 2012. While on the board, I have served on the Bench & Bar Planning Committees for 2012 and 2013. I have also been an active member of the Women In the Legal Profession Section for several years, including holding various leadership positions between 2011 and 2013. I have also served on various committees within the Women In the Legal Profession Section. In addition to my service above, I have served as a frequent evaluator for the various mock trial programs hosted by BAMSL each year and volunteer at the Motion for Kids Holiday Party regularly. I also strive to be an active member in other sections and divisions of BAMSL, including the Trial Section and previously the Young Lawyers’ Division. I am also a member of the Missouri Organization of Defense Lawyers, Illinois Association of Defense Trial Counsel, Women Lawyers’ Association of Greater St. Louis, and Defense Research Institute. 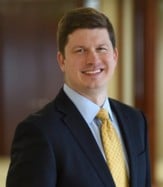 Andrew Hartnett draws on his recent experience as the Missouri Commissioner of Securities to give clients an insider’s view of the regulations facing the securities industry. He has had extensive involvement in matters related to data security and has spoken across the country on topics including state securities regulations, cybersecurity and protection for senior investors.

- Spearheaded the drafting and passage of the Missouri Senior Savings Protection Act to prevent financial exploitation of senior citizens, one of the first statutes of its kind nationwide.

- Chaired the Broker-Dealer Section and the Enforcement Section for NASAA as well as committees focused on cybersecurity, technology and federal legislation.

Before his appointment as Commissioner of Securities, Andrew served as Chief of Staff to then-Missouri Attorney General Chris Koster and was an Assistant Attorney General in the office’s Consumer Protection Division, handling all aspects of consumer protection, antitrust and securities investigations and litigation. His work there included directing an investigation of a major seller of vehicle service contracts and obtaining an indictment of its owners, who pleaded guilty to stealing and fraud. He also served as co-counsel in price-fixing antitrust litigation that involved more than $1.1 billion in settlements.

Before his public service, Andrew started his career in private practice in St. Louis. 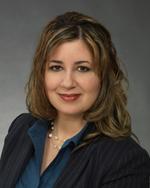 Andrea McNairy is a trial attorney with emphasis on wrongful death, product liability, premises liability and complex auto accident litigation. Ms. McNairy has litigated cases throughout Missouri and Illinois and has briefed cases for appeal, including cases for the United States Court of Appeals for the Eighth and Seventh Circuits. She has also litigated several cases in federal courts across the country. 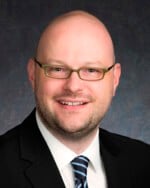 Jason serves on the firm’s Recruiting Committee in St. Louis and on the firm-wide Diversity Council.

Civic Involvement
- The Bar Association of Metropolitan St. Louis, Minorities in the Legal Profession Committee
- Missouri Coalition for the Right to Counsel
- St. Louis Volunteer Lawyers and Accountants for the Arts 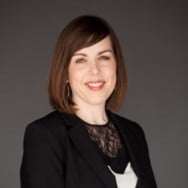 Christina is the Director of LPL Underwriting and responsible for the day-to-day operations and management of the department, and serves as a valuable member of the company’s management team.

Christina served in the role of Risk Manager with The Bar Plan from 2007-2015. As a Risk Manager, she has written articles and a frequently presented on the topics of ethics, professionalism, and malpractice avoidance. She also provided valuable guidance to countless attorneys and law firms through The Bar Plan’s Law Practice Management Program and Risk Management Hotline. Prior to joining The Bar Plan, Christina was employed as a trial attorney with the Missouri State Public Defender System.

Christina is very active within the legal community both locally and nationally. She has served on The ABA Center for Professional Responsibility Diversity Committee and is the past Chair of the ABA Young Lawyers Division Ethics and Professionalism Committee. She is a member of The Missouri Bar, The Bar Association of Metro St. Louis, and The American Bar Association. From 2011 – 2015 Christina served on The Missouri Bar Young Lawyers’ Section Council representing District 8 (Saint Louis County). Christina is a 2011 recipient of The St. Louis Bar Foundation Spirit of Justice Award. In 2012, she was named an Up and Coming Lawyer by Missouri Lawyers Weekly.

Christina received her J.D. from Saint Louis University School of Law in 2004 and her B.A. from the University of New Mexico in 2000.